Peter Engen has called Nantucket home since 2012 and enjoys every aspect of the island, from the surfing, to golfing, to the vibrant restaurant scene, of which he has been active since he moved to the island.  You may recognize him from either the infamous beach backflip that landed him on the cover of N Magazine, or from the six years he has spent managing Straight Wharf Restaurant, a well regarded island institution.
Peter grew up in Wellesley and went to school at Saint Michael’s College in Winooski, VT, where he also had an accomplished skiing career competing at the professional level.  When not competing, Peter enjoyed skiing in the Rocky Mountains, more specifically Aspen, CO where he found his affinity for the back country terrain not found in the Northeast.
Peter knows every corner of Nantucket like the back of his hand and looks forward to showing you around and sharing his passion for the island with you.
peter@leerealestate.com
781-710-1277 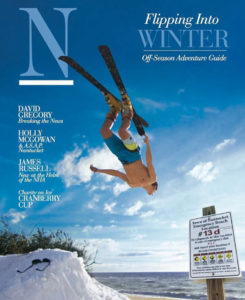