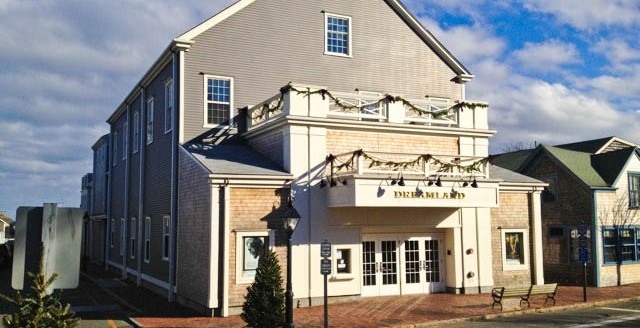 Remember that classic scene in the movie “Field of Dreams” when Ray Kinsella (aka Mr. Dreamy himself Kevin Costner) is walking through his Iowa corn field and hears “A Voice” whisper “If you build it, he will come.” His wife is skeptical, but allows him to plow under the corn and build a baseball diamond. As with many dreams, Ray is not immediately successful. He faces skepticism, criticism, dozens of obstacles and financial ruin. Although he’s unable to fully realize the end result of his endeavor until it’s completed and in spite of the enormous toll it takes on him, Ray stays the course. In the end, he builds it…and sure enough they come.

It’s this sort of undeterred tenacity, dedication and big dreaming that defines how most things get done on Nantucket. Spend some time talking to long time Nantucketers and you discover there are many great examples of fulfilled dreams that make our island great. The newly renovated Dreamland Theatre is just one terrific example in a long time history of realized dreams. The building was originally built in 1832 as a Quaker Meeting House. In 1911 the space was renamed the Dreamland Theatre, renovated and reopened in 1922. It was Nantucket’s primary entertainment venue for over 80 years. In 2007, the Dreamland Foundation, through the generosity of private donors, purchased the building and restored the theater to its former glory.

I’m certain the original builders in 1832 and those doing the restoration in 1911 weren’t 100% positive that if they followed their dreams and “built it” that anyone would come. But history shows their dreams were spot on. Certainly the Dreamland Foundation has faced its share of obstacles, skepticism and hiccups…and yet Nantucket is a better place today for having this fabulous historical venue where families can enjoy movies, classes, live entertainment and a large elegant facility capable of hosting everything from wedding receptions to birthday parties. As I sat in the theater the other night munching popcorn and watching a movie about another great visionary (Abe Lincoln,) I was overcome with gratitude to live in a place replete with big dreamers.

I’m an Iowa girl, so you know my favorite line in Field of Dreams was when Kevin Costner responded to the question, “Is this heaven?” with “No, this is Iowa.” Now that I call Nantucket home, I’m one of many who believe this little island is pretty close to heaven too. As we march into 2013 and prepare to celebrate Martin Luther Kings birthday, why not dream big and make a Nantucket vacation or your very own Nantucket home part of your wish list for the New Year? Take a leap of faith, silence the naysayers, invite along some fellow dreamers and make your dream a reality.