Filed under Around Town, Shellie's Blog

The Beach Boys insist they weren’t braggin’ when they noted they had the “fastest set of wheels in town.” They seemed confident in both her performance and appearance as they assured listeners, “you don’t know what I got” when referring to their Little Deuce Coupe by the song and album of the same name. I’m not sure why cars are always referred to as “she” and “her,” but there’s no question, men and women alike are duly impressed by a “nice ride.”

Main Street Nantucket was bumper to bumper with nice rides of all makes, models, shapes and sizes last weekend during the annual Nantucket Daffodil Festival’s Antique Car Parade. The glistening hoods on the MG’s, Porches, Studebakers and Mercedes, elicited resounding “oooh’s” and “ahhhh’s.” The decked out beach buggies, Blues Brothers Impala and even a Good Humor Ice Cream Truck took us back in time and brought out the kid in all of us. But it was the yellow marshmallow peep covered convertible that brought the house down (or the street as it were) with its sign in the window reminding us “it’s not a party without the chicks” and its rear license plate dubbing it a “chick magnet.”

Because Nantucket is sometimes referred to as a playground for the rich and famous, it’s not surprising to see a wide variety of rare and expensive autos cruising the streets. But there are also a multitude of economy cars, echo friendly vehicles and good old fashioned jalopies…many retained less for economic reasons and more because there’s an unspoken “badge of honor” in refusing to trade up. With so many beautiful places to be on Nantucket, most days it truly is all about the journey and less about what we drive to get there.

I still have a distinct memory of one of the vehicles I road in during my first ever visit to Nantucket 22 years ago. My husband Dan and I were inquiring about rental homes on the island with a local broker named Frenchie Doucette. Rather than waste time talking us through the options, Frenchie offered us an island tour in his old Wagoneer. Without apology, he swept the papers, sweatshirts and dust off the seats and invited us to climb in. With windows down and hair blowing in the breeze we were introduced to the far reaching and breathtaking areas of the island…and we fell in love. We left the island with a new set of keys and Frenchie and his Wagoneer carried on.

Whatever mode of transportation you most enjoy while on Nantucket, whether it’s a restored beach bronco, an antique convertible, a shiny new Ford from Don Allen or your very own beloved Wagoneer, grab the keys and take your own island tour. Drive out to Wauwinet with the wind in your hair, then cruise over to Sconset for a bluff walk before journeying to Madaket to toast the sunset. And don’t forget to… 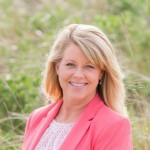